Solutions for your anaerobic digestion projects

Created in 2008 under the name Holding Verte, Evergaz is the territories' preferred partner for their biogas projects. A dedicated team of 15 from complementary backgrounds assists the Management in the implementation of the operational strategy. 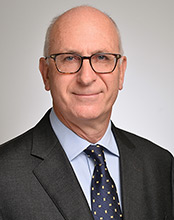 After his studies at HEC (Paris Business School) and in the United Stated (UNC), Alain started his career at Chrysler France in the marketing department. He then joined Idex, a company that was created by his father in 1963. Alain became Idex CEO in 1992.

At Idex, he developed in France and abroad a broad range of energy and environmental services: offices and buildings energy efficiency solutions, waste treatment and energy recovery, heating and cooling urban networks. Alain ensured a leading role in the renewable energy sector by managing several innovative projects: geothermal heat and wind farms in the 1980s, waste anaerobic digestion and cogeneration in the 1990s.

Under his management, Idex became the first independent French energy and environmental services Group, increasing its size by 4 in 20 years: in 2015 Idex Group generates 720 M € turnover and counts 3600 employees. After selling Idex to Cube Infrastructure fund at the end of 2011, he became Director of Idex Supervisory Board.

Alain Planchot is a recognised entrepreneur in the energy and environmental sector. Since 2012, he provides funds and expertise to early stage companies in this sector.

In 2013, he created and managed Bio Methanisation Partenaire with Evergaz. In 2015, the two companies merged. He is now Evergaz Chief Executive Officer.

Graduated from Lille Business School in 2011, Frederic Flipo, 39, started his career as portfolio manager at Oddo & Cie. In 2004, he joined Crédit du Nord (Société Générale group) as portfolio manager for public and private clients. He then joined FLINVEST to develop the company and specialised in mid cap European companies in the environmental sector.

Passionate about renewable energies, he co founded and managed Evergaz. He is one of Evergaz reference shareholder through AQUA company, an operational investor in the renewable and environmental sector.

At Evergaz, Frédéric Flipo, with AQUA support, turned the first biogas projects into operational plants, by realising the required studies, managing projects development and funding, directing construction and managing day to day site operations. This approach is now replicated with all the portfolio projects.